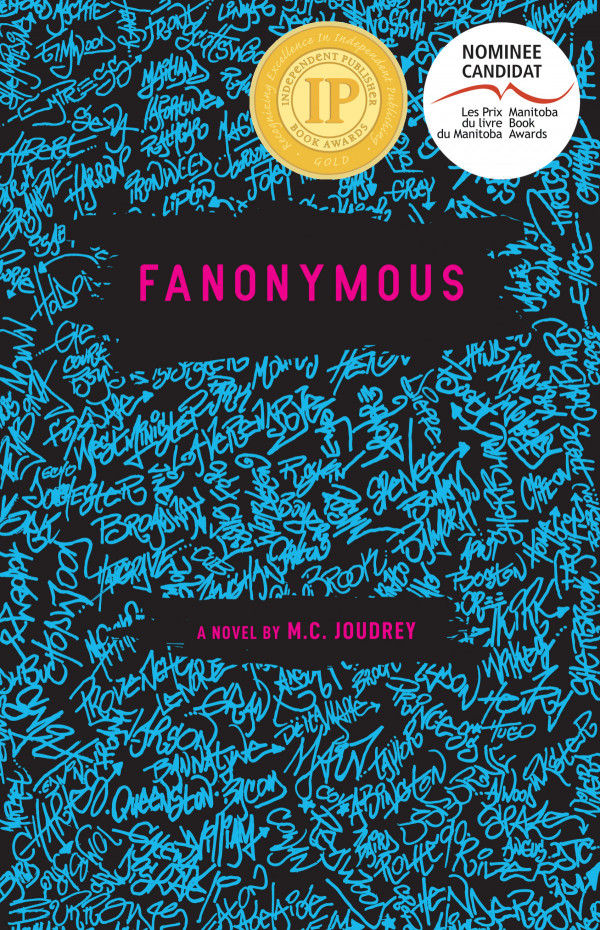 Earth and sky are devoid of colour. There are no beginnings or endings.

Then the snow melts.

Maybe it’s the dead cars. It could be the escaped bison roaming the downtown core. Mosquitoes? Sure. Dragonflies? Absolutely.

And it’s also entirely possible it’s the pomegranate tree at the corner of Portage and Main. Or maybe, just maybe, it’s the people, like Dickie Reimer. Any way you slice it, something’s going on in Winnipeg.

At some point, every Peg will ask so why’d you move here? Jack hopes the city will be the one place no one will look for him. An infamous guerilla street artist, Jack is on the run. Again. Under scrutiny from international authorities, anonymity is his only protection. He promises himself he’ll quit, but blackmail is powerful persuasion.

Tracked by a relentless special agent, Jack navigates the absurdity of the city while befriending (and avoiding) the eccentric characters that proudly claim it as their home.

*Fanonymous is also available in Braille reading format for the visually impaired. Please inquire via email publisher@atbaypress.com for details on how to order and pricing.

“Not only does M. C. Jourdey extract a Winnipeg straight from my subconscious, he adds a smog of mosquitoes, disobedient bison, one lonely zombie, deserted streets, unemployment, supervillainry, and healthy dollops of Vonnegutian satire. I don’t want to live in Joudrey’s Winnipeg, but if I must, I’m glad he’s along to document it.”