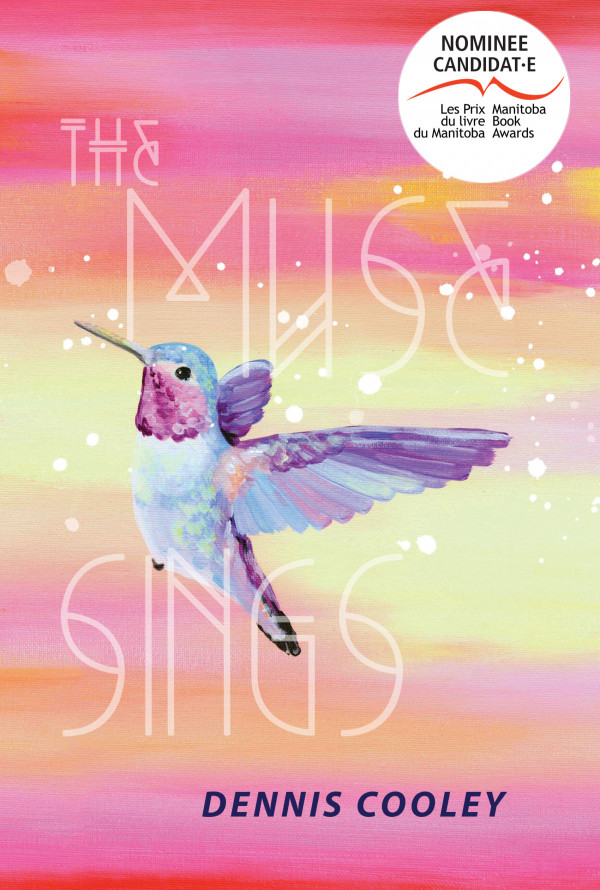 The Muse Sings and the poet sings songs of love and longing from states of joy, self-doubt, vexation, curiosity, affection, observation, mock-indignation…

The poems speak for themselves and sometimes “they talk all at once.” In seductive acts of language itself, they invoke and embrace the Muses as much as they do the writers who would become muses, from ancient Homer and Shakespeare to poets of contemporary time.

These poems are the seasoned work of a trickster poet in his prime with a crow’s eye trained on the world. No silent words on the page, these: they are alert, thoughtful, at turns cheeky and saucy. The poems all but produce decibels despite the inked imprint on the page that would fix them silent in place, until a living voice sets them free.

[Cooley] is in fine form here, full of the acrobatic playfulness that has become his trademark. (Indeed, [he] sometimes seems like the only author today who actually enjoys writing.)

Sometimes you have to judge a book in part by its cover. The Muse Sings has great production values…an enviable object of design. [Cooley] uses language like Lego - his techniques are opening up the box of what a poem can be.

– The League of Canadian Poets