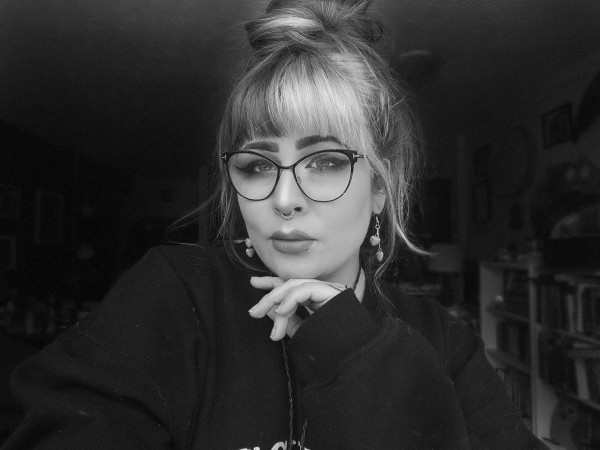 CHIEF LADY BIRD is a Chippewa and Potawatomi artist from Rama First Nation and Moosedeer Point First Nation. She graduated from OCAD University in 2015 with a BFA in Drawing and Painting and a minor in Indigenous Visual Culture. She uses street art, community-based workshops, digital illustration and mixed media work to empower and uplift Indigenous people through the subversion of colonial narratives, shifting focus to both contemporary realities and Indigenous Futurisms by creating space to discuss the nuances of our experiences.

Chief Lady Bird makes work about ceremony, stories, reclamation, tattoos, sex, sexuality, language, fashion, cultural appropriation and hopes that her images can be a catalyst for reimagining our relationship with the land, each other and ourselves. A recipient of the Donna Mclean Award for Portraiture and Life Study in 2015; she is recognized for her murals and received the Leading Women Building Communities Recognition Award in 2017 alongside Aura for a mural they facilitated with a group of youth. She has created designs/illustrations for Vice News, West End Phoenix, Chirp Magazine, Flare Magazine, Ontario Human Rights Commission, Open Canada, Art Gallery of Ontario and Twitter.

She was also proudly featured in the legendary Kinship issue of Canadian Art alongside many brilliant Indigenous artists and was the first artist to create an emoji for Twitter for Indigenous Peoples Day/Indigenous History Month in 2018.