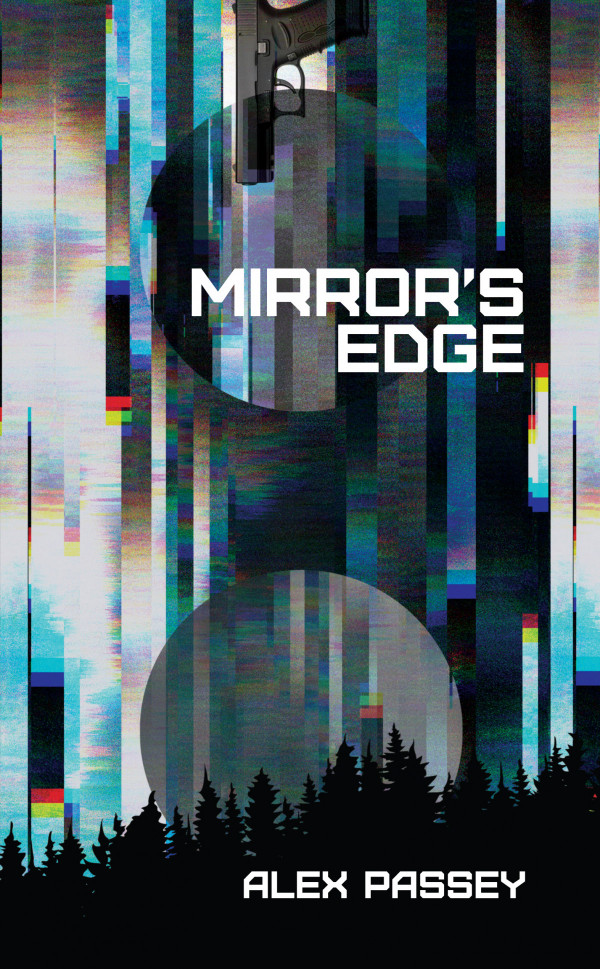 Rath has been on a downward spiral. And it’s not just him—the world is a polluted mess, corporate influence has replaced independent thought, and his fiancée has decided that Rath is no longer worth her time.

While Rath embraces his multiple vices, he never expected his next bender to land him in another world entirely. He finds himself in Sarah’s world—an untainted parallel universe to his own: a pristine woodland where every person is the absolute master of their domain, and where Rath’s AI chip isn’t dictating his every move.

The opportunity to change his life presents itself in permutations of reality, but Sarah wants nothing more than to follow Rath back to his world. As their mirror worlds collide, Rath teeters on the edge of oblivion.

​“For Rath Bradbury, bartender on a totally wired, totally capitalist future Earth…everything seems to be on a downward spiral until he awakens on an alternate Earth. Grade A.”

“Imagine Siri was stapled to your brainstem. She wants to feed you the social media of everyone you pass in the street, tries to push ads at you based on what you’re thinking, and lectures you when you wake up with a hangover or order junk food. She makes your life hell, but she, not you, is the one your world is built for, and without her you’re not compatible. Now you’re imagining something like the life of Rath ... and you haven’t even scratched the surface of his REAL problems. Alex Passey’s got a gift for fun, bombastic descriptions and a great sense of comic timing, and there’s some truly gripping action in this sci-fi satire. The man in this mirror is all of us.”