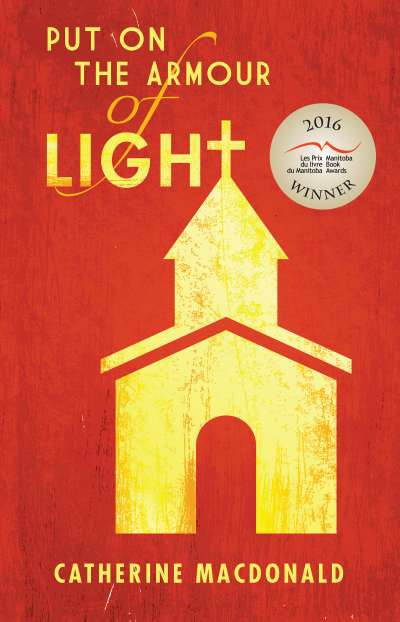 Put on the Armour of Light

Secrets are lurking behind the proper exteriors of Winnipeg’s turn-of-the-century houses.

In June 1899, the Reverend Charles Lauchlan’s industrious life as a young Presbyterian minister is knocked off the rails when he learns that his former university roommate has been arrested on murder charges.

The chief of police says it’s an open-and-shut case, but Sergeant Setter — labelled as a misfit by his fellow officers — disagrees. Lauchlan and Setter become uneasy allies in a search that takes them from the sleaziest bars to the most sumptuous drawing rooms of turn-of-the-century Winnipeg. On the way, Lauchlan uses his pastoral skills in ways never anticipated in the seminary. As time runs out he must risk everything, even his heart, in order to find the real killer.

The strength of Macdonald’s novel is in the social milieu … if you like murder mysteries, you’ll have a fine time with [Put on the Armour of Light].

In this exuberant patchwork quilt of 1899 Winnipeg, a number of painful truths bubble to the surface as Lauchlan uncovers the real culprit.

…a book well worth reading.