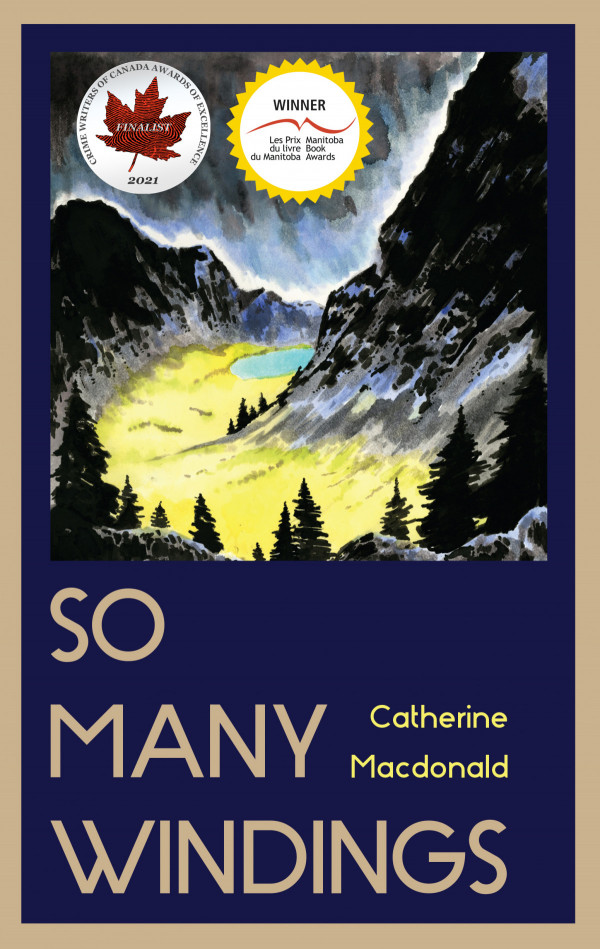 Reluctant amateur detective, Reverend Charles Lauchlan, departs the prairie city of Winnipeg and travels abroad to Scotland with his fiancé Maggie on a bicycle tour of the Highlands. Two near fatal accidents put members of the tour on edge and, to make matters worse, a shadowy figure seems to be observing their every move. Stuck in the remote Highland countryside, the group is thrown back on their own resources. While Charles and Maggie are trying to decipher what these strange events mean, they make another grisly discovery. It’s murder most foul and we’re not just talking about Scottish weather. So Many Windings is the second in a three-book series that began with Put on an Armour of Light (winner of the Michael Van Rooy Award for Genre Fiction). Deftly wrought, meticulously researched, and scintillating with charm and period prose, Macdonald weaves a winding, cross-country tale that will require all of the detective’s ingenuity and test the measure of his resolve.

With So Many Windings Catherine Macdonald delivers a crackling procedural, set beautifully against the stark landscape of rural Scotland, circa 1900. Macdonald’s eye for period detail is unmatched and her writing is just flat-out terrific. A great, engrossing read.

Macdonald seamlessly and with good humour masters the nuances of the language of the day. The combination of finely drawn characters leads to lively discussion from women’s rights to the rise of the Scottish Independent Labour Party, and naturally to opinions on the danger that follows them through the countryside. Who is the target? Who has the most to lose? This is the stuff of award-winning novelist Catherine Macdonald’s new mystery.

– Alison Preston, award-winning author of The girl in the Wall