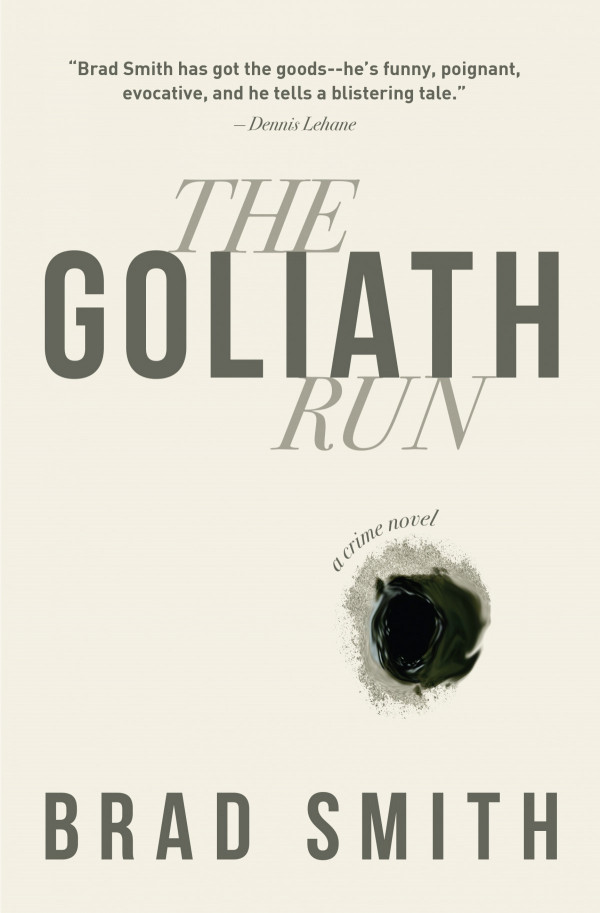 When a deranged loner kills twenty-six people in a Pennsylvania schoolyard, the country is stunned and devastated. Among those catatonic with grief is Jo Matheson, an organic farmer who has lost her goddaughter in the shooting.

Sam Jackson, an egotistical right-wing TV talking head, has sliding ratings and faces imminent cancellation. He arrives in Pennsylvania and during a rant, he blames the parents of the dead children. He intends the tirade to be his last salvo but, incredibly, his ratings climb, while Jo watches from her farmhouse in upstate New York, incensed.

Sam rides the wave, shouting that it’s time to take the country back from the left-wing weaklings who don’t have the courage to protect their children. When he is asked to run for Congress, he accepts and amplifies his message. Watching these developments in horror, Jo finally decides that there actually is something she can do.

The Goliath Run audiobook is read by Heidi Lange.

“Brad Smith is one of Canada’s best crime novelists.”

“Brad Smith’s most recent book is a fine-tuned attack on the extremes of Donald Trump’s most rabid supporters. In superb Elmore Leonard-inspired style, Smith tracks the sometimes touching, frequently amusing and consistently relevant adventure of a plain-spoken woman responding to a right-wing demagogue’s callous comments on a ghastly massacre. Readers will enjoy putting names and faces to the fictional characters and many – specifically those more concerned than enthralled by the current U.S. President and his actions – will relish the demagogue’s motivations and his eventual comeuppance.

Smith’s concept and narrative path were risky to tackle, beginning as they do with an unspeakable massacre derived from an actual event. It took a writer with sufficient skill and experience to employ it without appearing exploitive, and Smith clearly is up to the challenge. Fans of Fox News and similar sources will hardly appreciate Smith’s blend of righteous anger and scathing satire. Or perhaps they won’t even recognize it. The rest of us can revel in the book’s success at having The Good Guys win at least a small victory, if only between the pages of this delightful novel.”

“I’ve been reading Brad Smith since his debut novel because he knows how to put his foot on the gas and keep the pedal down until you finish the tale, breathless and bedazzled. You’re going to want to read The Goliath Run in one sitting, not that you’ll have any choice in the matter. Smith delivers a timely story with memorable characters, satisfying twists and turns, and a breakneck pace that keeps the pages turning. Witty and riveting.”

“Brad Smith has got the goods—he’s funny, poignant, evocative, and he tells a blistering tale.”

“Smith has marvelous control of his material.”

“Brad Smith could give clinics on how to write a mystery novel.”

“Rivals Elmore Leonard at his best.”

“Smith has great reserves of tenderness.”