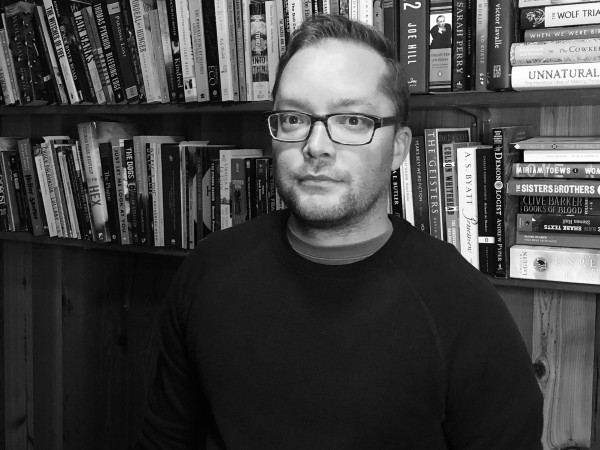 KEITH CADIEUX is a Winnipeg-based writer and editor. His debut, the novella Gaze was shortlisted for a Manitoba Book Award and a ReLit award. He co-edited the horror anthology The Shadow Over Portage and Main, which was also shortlisted for a Manitoba Book Award, as well as the ‘Fantasmagoriana Series’ published by the Winnipeg International Writers Festival. His short fiction has appeared in various Canadian fiction venues, including Grain, Prairie Fire, and ELQ and has been translated into French. Two short stories of his (“Stuck” and “Donner Parties”) have appeared on the Honourable Mentions list of ‘The Best Horror of the Year’ series, edited by Ellen Datlow. He lives with his partner Lindsey and a big dog named Bear.